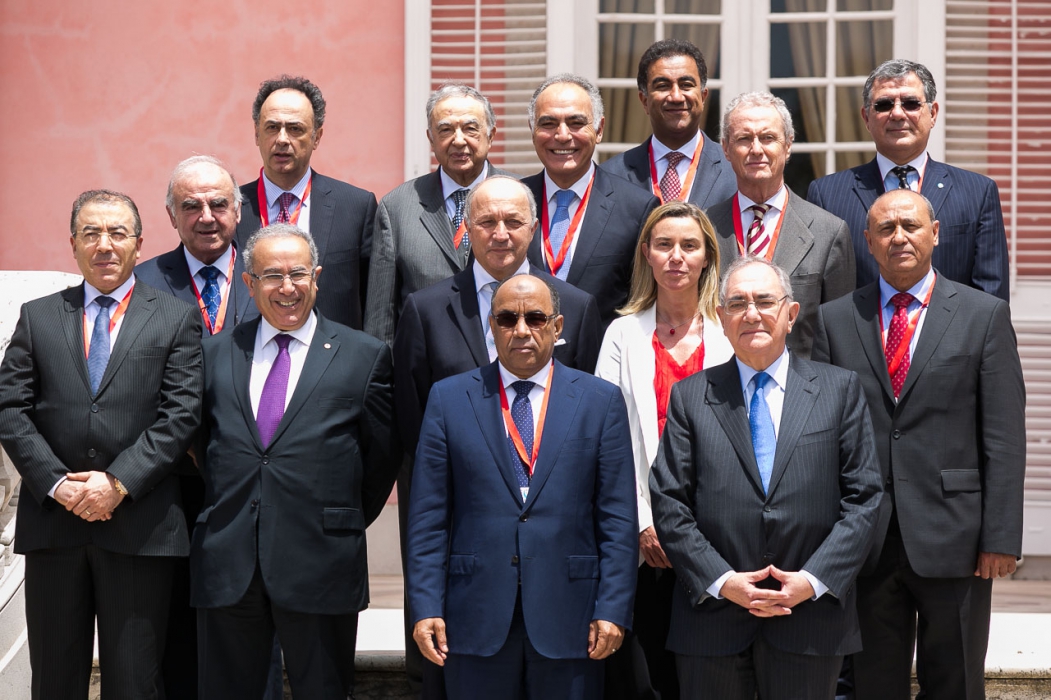 Summit of Heads of State and Government

On 5-6 October 2012 the Heads of State and Government of the 5+5 countries met in La Valetta, almost ten years after the first meeting (Tunis, 5-6 December 2003). The ministers explored several issues, such as political dialogue, regional security and stability, economic and social affairs, the development of small and medium-sized enterprises, education and youth, migration and development and global issues. The participants accepted the proposal of the European Institute of the Mediterranean (IEMed) to develop a sub-regional network of groups of reflection in the 5+5 countries and further explore the research to promote regional integration and cooperation. The representatives of the ten states also agreed to open the dialogue to civil society representatives of the member countries. This new direction was reaffirmed by the organisation of the 1st Western Mediterranean Economic Forum held at the headquarters of the Secretariat of the Union for the Mediterranean, in Barcelona, on 23 October 2013. This first meeting of the forum of economic representatives resulted in a second forum in Lisbon in 2014.

These meetings are expected to be held once a year in the country holding the 5+5 Dialogue presidency, in alphabetical order. The twelfth meeting was held on 7 October 2015 in Tangiers under the co-presidency of Morocco and Portugal. In the approved declaration, the ministers stress the forum’s role as a political platform for cooperation and agreement, and express their support for the democratic transition in Tunisia, regardless of the country’s stabilisation challenges. The declaration also refers to the serious situation in Libya and Syria, as well as the Sahel region, and the Middle East peace process. In terms of economic cooperation, the countries demand a greater involvement of the private sector in 5+5 Dialogue initiatives and the implementation of initiatives that encourage the creation of youth employment. The dynamics in the 5+5 Dialogue, in particular the political and sectoral initiatives, should be strengthened.

Conference of Interior Ministers of the Western Mediterranean (CIMO)

It has been held since 1995 informally, with the initial participation of nine of the ten members of the Dialogue. The first meeting of the 5+5 format was held in 2004, with the official admission of the Mauritania Ministry of the Interior, which until then had participated as an observer. Since then, there have been working groups on terrorism, organised crime, circulation of people and the fight against illegal migration, training of police officers, civil protection and local administration. In the 16th meeting (18 and 19 May 2015, in Lisbon) the ministers agreed to intensify the common strategy for fighting against terrorism and organised crime, as well as the issues concerning civil protection and the fight against mafias that exploit illegal migration.

It promotes cooperation in the sphere of transport and was constituted in 1995 in Paris. The Centre for Transportation Studies for the Western Mediterranean (CETMO) acts as GTMO Technical Secretariat in Barcelona. The last ministerial conference (the eighth) was held on 22 October 2014 in Lisbon. The participants debated the importance of strengthening cooperation in transport for economic development and regional integration; they approved a multimodal network of transport in the Maghreb countries and the biannual work programme for the period 2015-2016.

Ministerial Conference on Migration in the Western Mediterranean

Training in migration policies has taken on growing importance because of the crisis situation affecting the Mediterranean in recent years. Thus, different complementary initiatives to 5+5 Dialogue have emerged in recent months, such as the Euro-African Summit in Malta in November 2015 or the 4th Euro-African Conference on Migration and Development in Rome in November 2014. In this respect, the eigth and last meeting of this ministerial conference was held in 2020 in Marrakech. Its main lines of debate were: the coordination of national migration policies; facilitation of legal migration and mobility; the strengthening of the links between migration and development; migrant integration policies; policies to fight irregular migration, smuggling of migrants and human trafficking. In Evora, in 2008, the participants approved the creation of a website to exchange good practices and strengthen bilateral and multilateral contacts and the organisation of two thematic seminars.

France launched this initiative in 2004 in the 4+3 format, expanded to 5+5 with the successive admissions of Malta, Libya and Mauritania. The objective was to explore the issues of security and defence in the Western Mediterranean from a military point of view. The three spheres of action included in the Statement of Intentions were: maritime security, civil protection and air security, although maritime search and rescue and the environment were added later. The 5+5 Defence Initiative maintains its own unique rotating presidency system, its ministerial conference normally held every year in the country holding the presidency, and the General Staff meeting and Managing Committee meeting.

Other formats of sectoral meetings

Over recent years there has been a political commitment expressed both in the last Summit of Heads of State and Government of the 5+5 Dialogue, and in different meetings of Ministers of Foreign Affairs to gradually extend the fields of sectorial cooperation. In this respect, driven by the different co-presidencies and the ministries of Foreign Affairs different sectoral ministerial meetings have been organised, with the aim of expanding the spheres of regional cooperation:

Although 5+5 Dialogue is an eminently intergovernmental initiative, with over time areas of collaboration have been launched that go beyond the governmental executive structures, such as the following:

Meeting of Parliamentary Presidents of the Western Mediterranean

The first meeting of the parliamentary presidents of the 5+5 Dialogue countries was held in Tripoli in 2003. The different parties agreed to work on an ongoing basis, but only two other meetings were held (Paris, 7-8 December 2004, and Rabat, 22-24 November 2006). Italy offered to host the meeting in 2007 and Tunis in 2008, but neither took place. However, on 15 April 2013 in Nouakchott the 4th Meeting of Parliamentary Presidents of Western Mediterranean countries took place with the participation of other inter-parliamentary forums, such as the Parliamentary Assembly of the Mediterranean, the Parliamentary Assembly of the UfM or the Maghreb Consultative Council. Morocco is expected to host the next meeting of this group whose aim is to contribute to strengthening cooperation.

On a mandate of the Summit of Heads of State and Government of the 5+5 Dialogue, the first forum that brought together public decision-makers with representatives of the economic and business world of the region was held on 23 October 2013 at the headquarters of the Secretariat of the UfM in Barcelona. The second was held on 21 May 2014 in Lisbon and preceded the meeting of Ministers of Foreign Affairs of the 5+5 Dialogue.

The first forum on youth was held in Tangiers on 6 October 2015 with the collaboration of the national networks of the Anna Lindh Foundation, and preceded the 5+5 Dialogue meeting of Foreign Affairs Ministers. 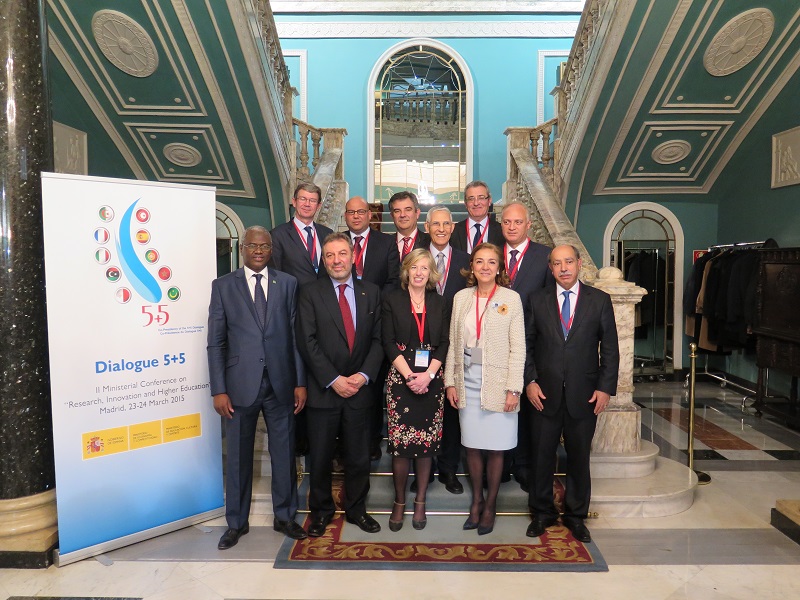 We use cookies to ensure that we give you the best experience on our website. If you continue to use this site we will assume that you are happy with it.OkMore